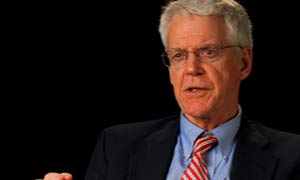 Caldwell B. Esselstyn, Jr., received his B.A. from Yale University and his M.D. from Western Reserve University. In 1956, as a member of the victorious United States rowing team, he was awarded a gold medal at the Olympic Games. He was trained as a surgeon at the Cleveland Clinic and at St. George’s Hospital in London. In 1968, as an Army surgeon in Vietnam, he was awarded the Bronze Star. Dr. Esselstyn has been associated with the Cleveland Clinic since 1968. During that time, he has served as President of the Staff and as a member of the Board of Governors. He chaired the Clinic’s Breast Cancer Task Force and headed its Section of Thyroid and Parathyroid Surgery.

In 1991, Dr. Esselstyn served as President of the American Association of Endocrine Surgeons. His scientific publications number over 150. In 1995 he published his bench mark long-term nutritional research arresting and reversing coronary artery disease in severely ill patients. That same study was updated at 12 years, and again at 20 years, making it one of the longest longitudinal studies of its type. It is most compelling, as every compliant patient has reversed their serious heart disease, and continues to thrive. 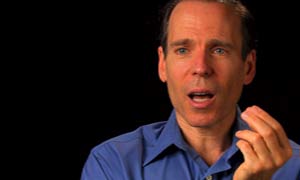 Dr. Joel Fuhrman is a board–certified family physician and best-selling author and health activist who specializes in preventing and reversing disease through nutritional and natural methods. His private practice is located in Flemington, New Jersey. His progressive medical practice utilizes both traditional and new medical technologies, but the foundation of his philosophy centers around nutritional excellence and interventions to establish an optimal environment for healing. It will maximize the opportunity to facilitate a complete recovery, rather than merely treat or control the disease.

Dr. Fuhrman's broad experience, in searching for and uncovering cause rather than merely adding drugs to control symptoms, makes his practice unique. Thousands of Dr. Fuhrman’s patients have made recoveries from diseases such as: diabetes, high blood pressure, angina, high cholesterol, headaches, obesity, asthma, allergies and fibromyalgia. Instead of continuing to take drugs to control their symptoms, these individuals no longer have a need to take medications and have earned back excellent health.

Learn more about Dr. Fuhrman and his work: DrFuhrman.com 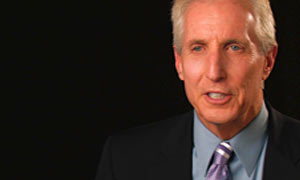 Intensely interested in infant nutrition and breastfeeding, Dr. Gordon is the first male physician to sit for and pass the International Board of Lactation Certification Exam. In addition to his busy practice, he finds time to participate in the training of medical students and residents, lecture all over the world, write bestselling books and regular magazine columns, and appear on television on shows like Good Morning America and Larry King.

Learn more about Dr. Gordon and his work: DrJayGordon.com 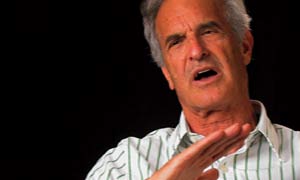 Jeffrey Moussaieff Masson has a Ph.D. in Sanskrit from Harvard University. He was Professor of Sanskrit at the University of Toronto. While at the university he trained as a Freudian analyst (from 1971-1979) graduating as a full member of the International Psycho-Analytical Association. In 1980 he became Project Director of the Sigmund Freud Archives. Given access to Freud's papers in London and the Library of Congress, Masson's research led him to believe that Freud made a mistake when he stopped believing that the source of much human misery lay in sexual abuse. Masson's view was so controversial within traditional analytic circles that he was fired from the archives and had his membership in the international society taken away. Janet Malcolm has written a book about this episode (In the Freud Archives - the subject of a libel suit by Masson) and Jeff has published a series of books critical of Freud, psychoanalysis, psychiatry and therapy.

In 1995 Masson published When Elephants Weep, an international best seller, followed by the equally popular Dogs Never Lie About Love. Since those two books he has published 6 more books about animals.

Learn more about Dr. Masson and his work: JeffreyMasson.com 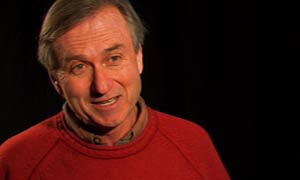 Physician, nutrition expert and best-selling author John A. McDougall, MD, has been studying, writing and "speaking out" about the effects of nutrition on disease for over 30 years.

Dr. McDougall believes that people should look good, feel great and enjoy optimal health for a lifetime. He is the founder and medical director of the nationally renowned McDougall Program, a ten-day, residential program located at a luxury resort in Santa Rosa, CA -- a place where medical miracles occur through proper diet and lifestyle changes. Dr. McDougall has cared for thousands of patients over almost 3 decades of medical practice and has run a highly successful live-in program for more than 17 years.

Learn more about Dr. McDougall and his work: DrMcDougall.com 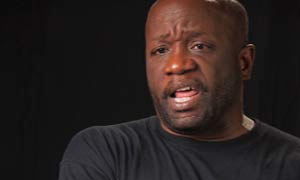 Whether internist Milton Mills is practicing at Fairfax Hospital in Virginia or at free clinics in Washington, D.C., his prescription for patients is likely to include some dietary advice: “Medical research shows conclusively that a plant-based diet reduces chronic disease risk, so that’s something I absolutely encourage my patients to move toward." A graduate of Stanford University School of Medicine, Dr. Mills became interested in the connection between diet and health at a young age, and has used dietary intervention to successfully treat and cure seriously ill patients. “I find that when people are ill, they are very open to adopting practices that will improve their health.”

Learn more about Dr. Mills and his work:
PCRM.org 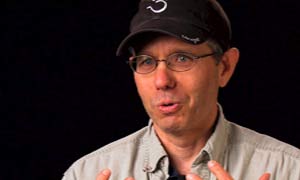 With over 24 years of experience in nutrition, health, fitness and natural living, Dr. Novick offers expert health advice distilled into powerful, easy-to-understand language on a variety of current topics. He holds both undergraduate and graduate degrees from Indiana State University in nutrition with minors in Exercise Science. Dr. Novick serves as the Director of Health Education for the National Health Association and as the nutritionist/dietitian for the prestigious McDougall Program in Santa Rosa, California.

For almost a decade, Jeff served as the Director of Nutrition at the world-renowned Pritikin Center in Aventura, Florida. Jeff has also taught nutrition classes at Indiana State University, Indiana University Medical School, and the University of Miami Medical School. While in Indiana, he created and taught the Nutrition Education Initiative, a preventive medicine curriculum for medical doctors, residents, and medical students. In recognition of this groundbreaking project, Indiana’s governor awarded him the Indiana State Public Health Excellence in Health Science Award, and Indiana State University awarded him the Graduate-of-the-Last-Decade Award.

Learn more about Dr. Novick and his work: JeffNovick.com 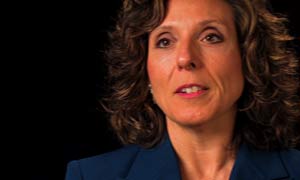 Dr. Pam Popper is a naturopath, nutritionist and the Executive Director of The Wellness Forum, a chain of licensed health and wellness centers located throughout the U.S. The Wellness Forum teaches individuals how to change their health outcomes by assisting them in changing their diet and lifestyle habits. Dr. Popper also offers programs designed to lower the costs of medical care and insurance premiums for employers.

Dr. Popper is the author of several books and cookbooks, as well as several programs offered for continuing education credits for medical professionals. She is also a lobbyist, continually working toward changing laws that interfere with an individual’s right to choose their health provider and method of care, often testifying before legislative committees.

Learn more about Dr. Popper and her work: WellnessForum.com 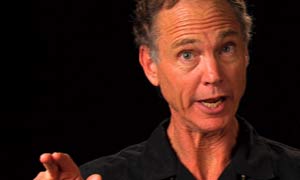 John Robbins' many bestsellers include HEALTHY AT 100: The Scientifically Proven Secrets of the World’s Healthiest and Longest-Lived Peoples. Widely recognized as one of the world's leading experts on the dietary link with the environment and health, John’s work has been the subject of cover stories and feature articles throughout the national media. His life and work have also been featured in an hour long PBS special titled Diet For A New America.

The only son of the founder of the Baskin-Robbins ice cream empire, John Robbins was groomed to follow in his father’s footsteps, but chose to walk away from Baskin-Robbins and the immense wealth it represented to "...pursue the deeper American Dream...the dream of a society at peace with its conscience because it respects and lives in harmony with all life forms. A dream of a society that is truly healthy, practicing a wise and compassionate stewardship of a balanced ecosystem."

John's awards include the Rachel Carson Award, the Albert Schweitzer Humanitarian Award, and the Peace Abbey’s Courage of Conscience Award.

His life is dedicated to creating an environmentally sustainable, spiritually fulfilling and socially just human presence on this planet.

Learn more about John Robbins and his work: HealthyAt100.org 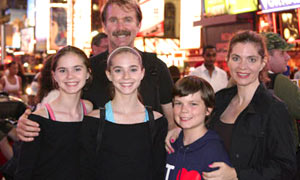 Producer, writer, director Jeff Nelson has produced several hundred nationally-broadcast television commercials, a number of which won Clio awards. Considered (by his wife and children) to be the most brilliant author in the universe, Jeff has written for episodic television, produced TV movies and an NBC mini-series, and written non-fiction books. Jeff and his wife, writer Sabrina Nelson, have both published numerous magazine articles, and written and produced documentaries and corporate sales films. Their work has been featured in a large variety of major media outlets.

In addition, the Nelsons put on the annual Healthy Lifestyle Expo and they operate VegSource.com, a leading health and food website dedicated to promotiong healthy plant-based eating.

Learn more about the Nelsons' work at: VegSource.com